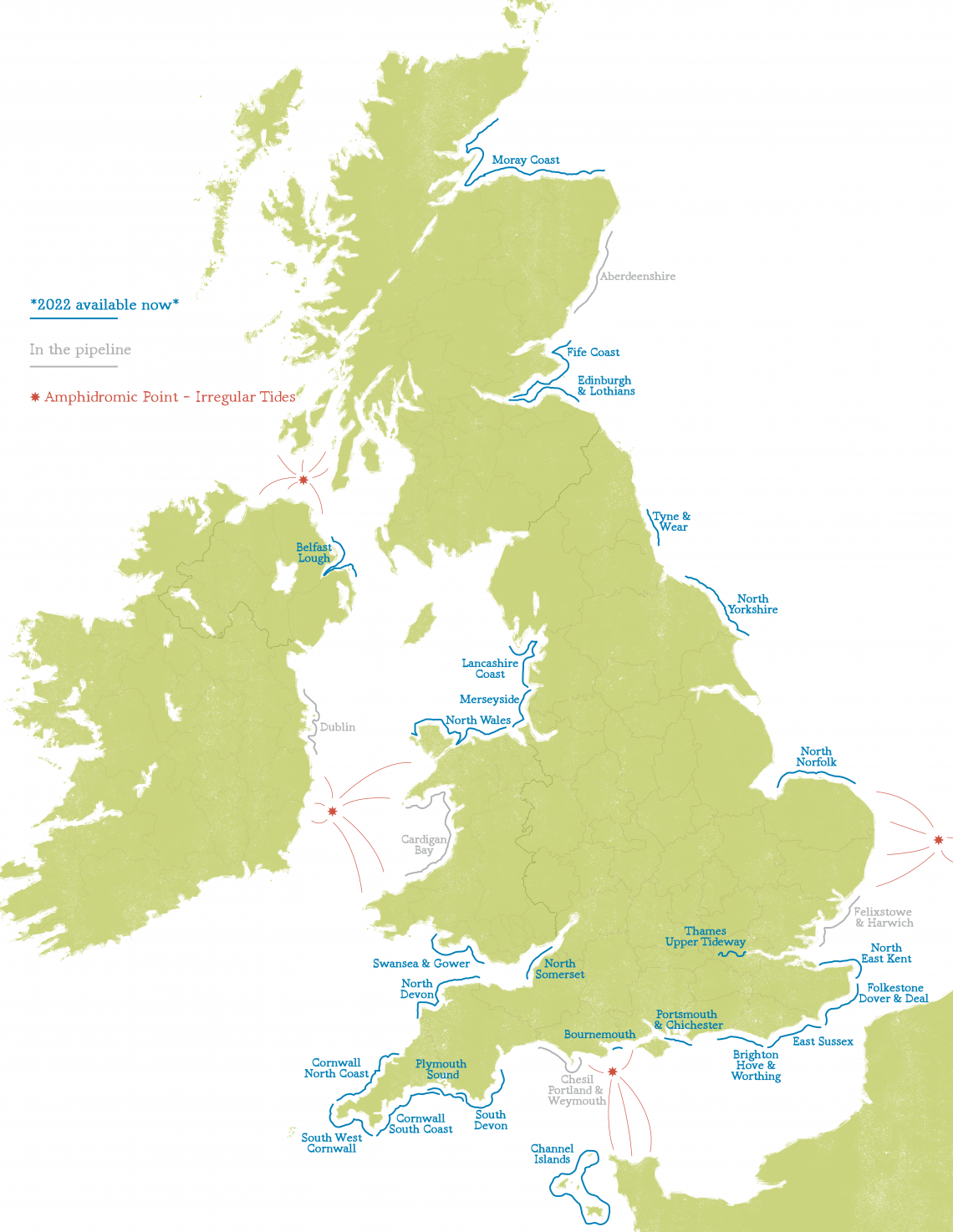 I am making tide charts for the following locations for 2022. Some locations are *extremely* limited edition.

I was hoping to add further new locations in 2023 but I draw slower these days, and I have now been pulled away to work on some new completely different things, so for now I am only planning to add tide charts for Dublin, Aberdeenshire, Cardigan Bay, Essex and Weymouth/Portland in 2023. If I get enough demand for a location I can be persuaded though! Do you have a local sea swimming community? Surfing group? Coasteering club? Or a lovely flappy dog who lives for a sandy stretch of beach? Get your wild swimming club together and have them all spam my inbox or send me pictures of your dog:  hello@sharonlee.uk

Each chart covers a full year of tide times and heights for the coastline or river in the areas listed. Most parts of the U.K. coastline have predictable semi-diurnal tides, which means when I create a chart it can cover a stretch of 30-40 miles in each area as the tide times are similar enough over the distance. Some locations are special though! The Dorset and Suffolk coasts, for example, are near Amphidromic points in the ocean, causing local tide times to vary enormously just a few miles apart along the coast which is why some places I would love to make a chart for – I haven’t… yet.